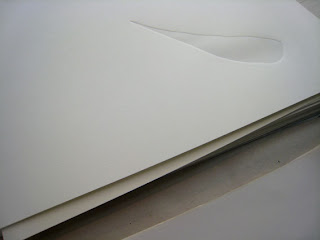 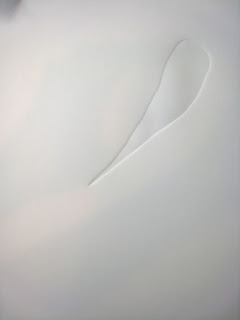 This whisper (or rather fifty whispers) were made using a sort of plexi-plastic that you can do quite simple etchings with. You don't have nearly the same freedom in terms of making marks as its quite a resilient and tough surface and you don't get as many prints out of any single piece. But it's relatively easy to cut shapes out of compared to metal, and was great to just make a simple form out of to create an emboss.

So this piece emerged from using that along with white carbon paper (have you ever seen such a thing before? I hadn't. It's marvelous). Surprisingly the plastic pushes a fair amount of the carbon into the page. Enough so that you get the faintest hint of chalkiness to the embossed area. It's a little dusty - which I like, but isn't great for a book in an archive. So I'll ultimately have to overprint these pieces in silkscreen later. But I like it for its simplicity. 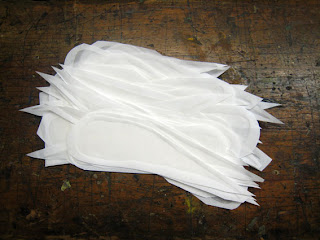 And if the previous are the whispers, I guess the above piles of used copy paper must be something more corporeal… The skeletons left behind after the whisper has been uttered?
Posted by Miss Ridout